Most Famous Security Guards in History

Where celebrity and history is concerned, even the most simple of jobs can land an individual in the spotlight. If you’ve been the bodyguard of Abraham Lincoln or Muhammad Ali, then you’re bound to get a little windfall of fame and fortune for doing a good job and standing out from the crowd. Here are history’s top 5 famous security guards.

Mr. T isn’t a celebrity in his own right? Of course he is, but before Mr. T shot to fame as an actor in The A-Team, he was a bodyguard in high demand.

Who did he look after?
A small raft of celebs, including Muhammad Ali, Michael Jackson and Bruce Lee. That’s right, Mr. T was considered so tough, that he guarded Bruce Lee against potential attackers. 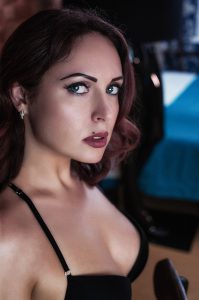 Possibly even cooler than having Mr. T as your right-hand man is the little-known Anna Loginova.
A Russian supermodel turned KGB-trained, all-round-badass who owned an all-female bodyguard company called ‘Dagger’. This was a clever move on Loginova’s part due to the fact that it’s expected of high-profile guests to leave their (typically male) bodyguards outside when entering a restaurant. Loginova’s guards were discreet and never had this problem.

Who did she protect?
Many notable Russians. In the Western world, Loginova is more famous than those she protected. Alas, Loginova died protecting herself from a carjacking on the streets of Moscow. 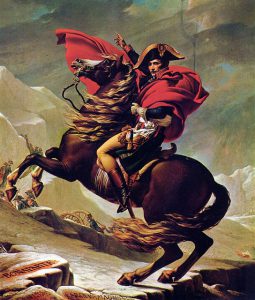 A bodyguard from the pages of history, Rostom Razmadze had a chequered past with many strange turns. Kidnapped aged 13, Razmadze found himself serving as Napoleon Bonaparte’s bodyguard from age 15. He was gifted to the emperor and it is said that Razmadze slept across the royal bedroom threshold so any intruder had to pass his body before getting to the sleeping Bonaparte.

When Razmadze refused to follow Bonaparte into exile, Bonaparte swore he was a coward and the men parted ways.

As a boy in rural North Dakota, Clint Hill wasn’t destined for fame until he trained to become a successful Secret Service agent. He’s famous for looking after Jacqueline Kennedy before and after the President’s assassination.
Hill is also notorious for jumping into the back of the cabriolet holding the President’s body and wrapping the President’s ‘exploded head’ (Hill’s words) in his own jacket to protect his dignity from the press. For more prying detail, see Hill’s 2012 book, ‘Mrs. Kennedy and Me: An Intimate Memoir’. 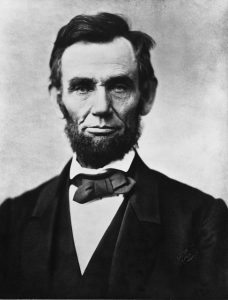 As Abraham Lincoln’s bodyguard, Captain David Derickson had every right to expect a mention in the history books, but his role as a bodyguard has always been more complex than that.

Many historians have speculated that Derickson and Lincoln were potential lovers between 1862 and 1863. This is due to the record that the men often shared a bed when visiting Lincoln’s rural cottage and even in the White House when Lincoln’s wife, Mary Todd, was absent. Though the practice wasn’t unheard of in the 1860s – in order to share body heat – it was an unlikely behaviour in the upper classes and especially the high profile world of the President.

Ibwest Security can’t provide Mr. T, but we are the most trusted security company in the Grimsby and Scunthorpe region. As an approved contractor with accreditations from the British Security Industry Association, you can see why businesses trust our team to look after their customers, staff and premises. Our 30 years of experience allows us to provide expert building security, manned guards, vehicle patrols, key holding, retail security, alarm response and control room monitoring. Contact our friendly team for any enquiries. We’re always happy to help.